The Strategic Vs Tactical approach to Supply Chain Integration

For all the technical historians out there who were young enough to remember the birth of EDI, you will recall it emerged in the mid 1980’s to provide a standards-based, interoperable means of communicating business transactional data between the IT systems of all members of an organisation’s extended supply chain. By that I mean all external business partners upon whom an organisation relies to conduct business; from raw material suppliers, component suppliers, manufacturers, co-packers, logistics partners, regulatory organisations, customs, financial institutions and so on.  Oh and, of course, Customers.

I say “of course” because, in our experience, we are aware of many of the organisations who still limit their EDI programmes to communicating with a handful of customers. Even then, often performed reluctantly because they were “told” to do so as a contractual term of business. Which is surprising given the expectation for real-time order fulfilment involving tightly integrated links with all members of an organisation’s extended supply chain.

Clearly, modern communication technologies have changed all that to the point where organisations can, and should be, leaders by proactively encouraging their business partners to embrace EDI. Indeed, with ever increasing expectations by customers and consumers alike, Supply Chains now compete for business based on responsiveness, speed and accuracy of order fulfilment.

But still, there remains the gap between theory and reality.  As experienced EDI practitioners with over 350 man years of shouting from the hill tops, it still surprises us why there is a very distinct line between those who have taken a more limited, tactical path to the more enterprising forward-thinking organisations who have adopted EDI strategically right across their entire business operations.

It shouldn’t require the intelligence of a Cranfield University professor to explain the difference. Those who set out with a strategic vision are those who see EDI as their principal means to communicate with ALL external supply chain partners and have instilled within their corporate culture, no matter how big or small the partner or the volume of business transactions they exchange with them.

For argument’s sake, when Alexander Graham Bell invented the telephone back in 1876, I doubt few people or organisations who embraced the new technology at the time took the view it was just intended for a select number of business partners.

Interestingly, here are a few enlightened predictions about the future of telephony back in the day, which in fact turned out to be surprisingly accurate.

Firstly, from Mark R. Sullivan, president and director of the Pacific Telephone & Telegraph Co, who in an article published in the Tacoma News Tribune on April 11th, 1953, said in an address on the future of the telephone:

"Just what form the future telephone will take is of course pure speculation. Here is my prophecy. In its final development, the telephone will be carried about by the individual, perhaps as we carry a watch today. It probably will require no dial or equivalent, and I think users will be able to see each other, if they want, as they talk. Who knows, it may actually translate from one language to another".

Then as early as 1926, Nikola Tesla was quoted as saying:

"When wireless is perfectly applied, the whole earth will be converted into a huge brain, which in fact it is, all things being particles of a real and rhythmic whole. We shall be able to communicate with one another instantly, irrespective of distance. Not only this, but through television and telephony we shall see and hear one another as perfectly as though we were face to face, despite intervening distances of thousands of miles, and the instruments through which we shall be able to do all of this, will fit in our vest pockets".

Clearly, organisations quickly came to realise that unless they invested in the science of telephony, they’d be left behind. Some were still creating orders by hand and sending them through the postal service which took two weeks to deliver a letter.

So why should we view EDI any differently to the telephone?

Unfortunately, many organisations fail to realise it has long become the de facto method by which business transactions are exchanged or indeed, the wider benefits that EDI will give to both themselves and their business partners if they only embraced it to its full potential.

As mentioned, telephony as we know it today took roughly 54 years from inception to becoming widely adopted in the UK. By the 1930s, it was common for affluent homes in the UK to have their own telephones, with networks spreading far enough for calls to be made across several cities.

It is said the origins of EDI first can be traced back to the early 1960’s when computer systems acquired the ability to exchange data with each other. Ed Guilbert, (reputedly the “Father of EDI“) expanded upon the standardization shipping manifests he had developed with U.S army officers during the 1948 Berlin airlift.

So, by the same time lines as telephony, EDI should have become mainstream by 2014, and yet in 2020 there are still many companies who undervalue its importance. Those who have embraced it strategically are better able to compete in the global economy by being directly connected across the supply chain, with everyone with whom they do business.

If we are to learn anything from the effects of the COVID-19 Pandemic on global trade, the urgency to do this has never been more apparent.  Companies who still rely on manual processes are finding themselves even more exposed without recourse to a human workforce to validate and process business transactions. Today, most, if not all, of the biggest retailers rely on some form of electronic system to communicate (in near real-time) with their suppliers and other supply chain partners.

The technology behind these systems is unquestionably EDI or EDI-enabled trading platforms which partners often include as a mandatory requirement within their business agreements. And yet, there are still those who question its strategic importance within the overall Supply Chain. It is arguable therefore that these will be the ones who get left behind, unable to compete in the new global economy.

The benefits of EDI have been well documented and much has been written about how it is pivotal to operational efficiency.

For the benefit of the uninitiated and without this turning into a history lesson, the key benefits are summarised below.

The list of benefits could go on but the most important thing to consider is “How can organisations operate and compete effectively without the means to communicate accurately with their supply chain partners“? In modern times we’ve seen an exponential shift in consumer expectations. With the birth and mass adoption of the internet and on-line retailing, people invariably order their goods from the comfort of their own home with the expectation of their goods being delivered within hours of placing their orders.

It was a revelation when Argos for example and, indeed, other consumer goods retailers announced they were moving to same day deliveries. This has now become the norm. Consumers now expect delivery in a matter of hours. Amazon reduced lead-times even further with the introduction of Prime. In all likelihood, there will come a time in the near future where consumers expect delivery almost immediately after clicking “submit”.

None of this would have been possible without tightly integrated electronic order and response systems to communicate with business partners in near real-time. The technology which started the revolution is, of course, EDI which, apart from being viewed as which first saw the light of day some 60 years ago, is still as powerful now as when it was widely adopted back in the mid-80’s and should be embraced to the full with strategic vision, just as the telephone was so many years before.

AdvanceFirst are a leader in intelligent EDI solutions with over 350 man years of experience in delivering solutions tailored to the needs of individual supply chain orientated businesses.

For more information email enquiries@advancefirst.com briefly explaining your immediate areas of interest - or call us on 01932 230024. We can then arrange a free, no obligation consultation with one of our business automation specialists to identify where our automated, intelligent EDI solutions can make a real difference to your business operations.
Call Us 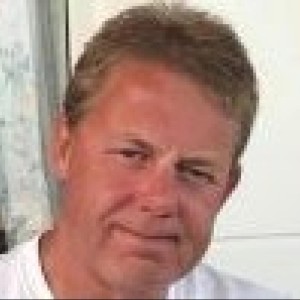 Since 2003 AdvanceFirst Technologies has rapidly become one of the most successful specialist EDI companies in the UK with hundreds of clients and connections around the world.

Stay up to date

Stay up to date with the latest in EDI evolution.

Join our mailing list below to hear all the latest news in the EDI retail and hospitality sector.

Tesco Underwriting chooses ABC and Intercept 400 for its EDI needs

Made by SO INSPIRED

This is an necessary category.

Advertising cookies are used to deliver advertisements more relevant to you, but can also limit the number of times you see an advertisement, and be used to chart the effectiveness of an ad campaign by tracking users’ clicks.

An overview of the work of Google Analytics is available at: http://www.google.co.uk/intl/en/analytics/privacyoverview.html.

Other cookies that do not come under any other category.

Save & Accept
Scroll to Top